Started on the second floor today. Glued in all the beams and joists first, with little holes through which the wires pass. 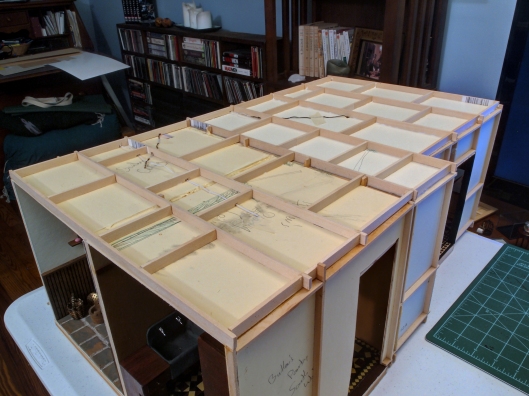 Then I cut out the floor as one big piece. 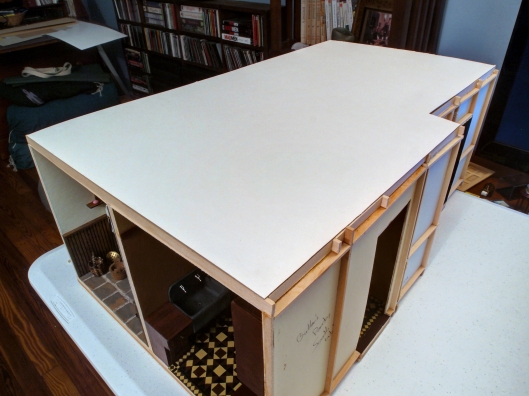 Measured and drew where the walls would be.

And cut part of those wall areas out so I could pass the wall studs through them later on and help strengthen the framework. 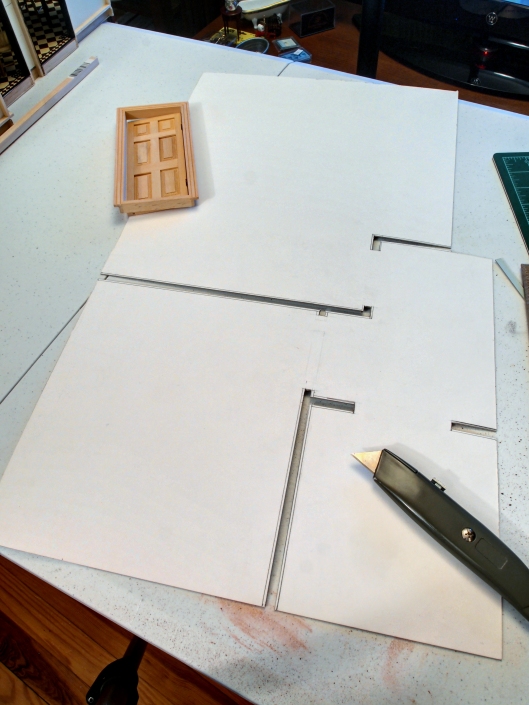 Next I cut out the walls for the bathroom, including an opening for the doorway. There will also be a window somewhere on the left, but I haven’t decided where yet.

Added a ceiling on top and you can almost imagine the bathroom done and ready to go….almost…

2 thoughts on “Onto the next floor…”