Added studs to the wall between the sitting room and the drawing room tonight. Left room between the studs in the middle so I could slide two pocket doors between the walls. The two little wooden bits underneath are spacers to keep the wall opening open until I put the doors in…then they will be placed under the doors to give them something to slide on. 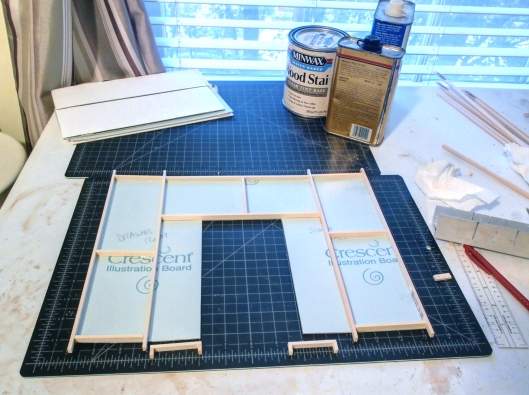 Then glued the sitting room wall to the other side and weighed it down as it dried. 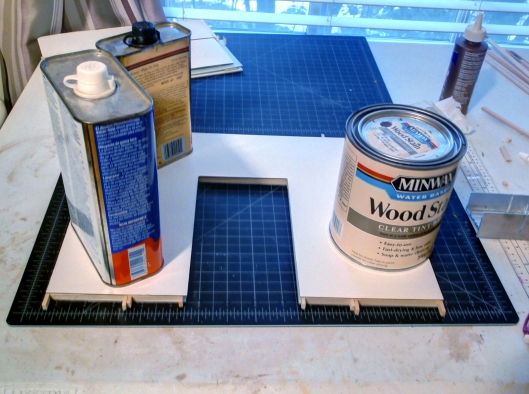 And placed the wall between the rooms.

Cut out the opening for the window in the second half of the drawing room bay window.

Propped it up in place… 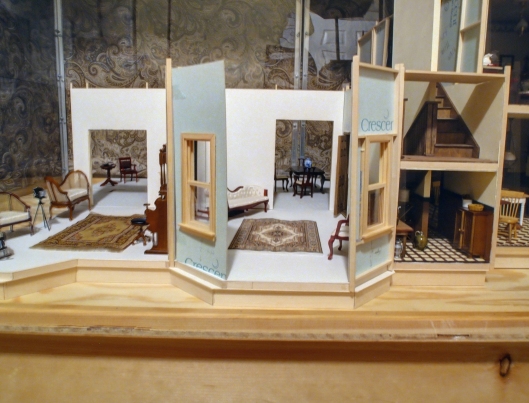 …and was undecided as to whether to leave it there or not. I think the view inside the drawing room is better without it, so I may leave that window and wall out altogether. Next, I decided the other window in the drawing was a little two low, so I raised it up a half inch (you can see the difference in height in the two previous photos). I think the proportions work better this way, considering how high the ceiling will be.

Next, using this new window height, I cut a hole for the double windows in the sitting room (on the left) and added studs to the back of the wall. 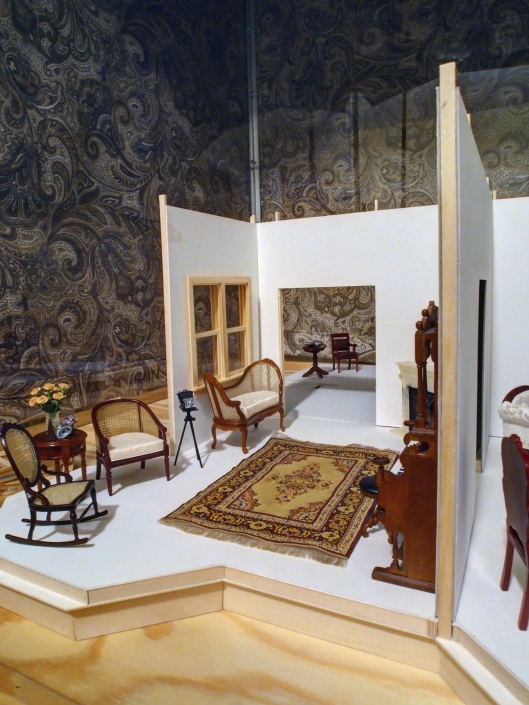 I realized I was tired (and sick with a nasty head cold), so I decided to call it a night. Here are the two rooms so far:

I’ll need to cut out the window openings and add studs to the walls that go around the octagonal tower corner in the sitting room next. But for now, here is a lovely bouquet of roses I just acquired, as well as a metronome and a stereoscope.

4 thoughts on “Walls and windows”