Drawing room…the room where women ‘withdrew’ after dinner (hence the name), so the men could sit around and drink and talk politics or other such things.

Which makes it the most feminine of the formal rooms in the house…and although out and out pink has never been my style, I think I will concede a little here and use a pale peach tone among others.

So here is my inspiration photo for the drawing room (on the left), as well as for the less formal sitting room which will lead into it (you can click on the photo to make it larger and easier to see). 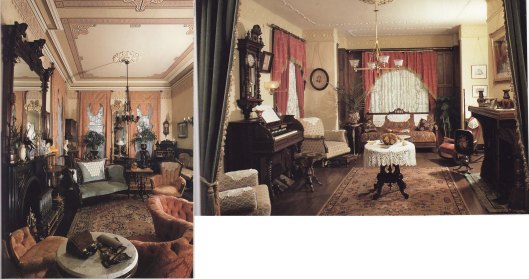 The idea of the stenciled ceiling especially appeals to me, being very late 19th century, although I have no idea how I’ll pull that off yet.

In any case, I started with the walls I had already cut out for the room. (The furniture and chimney here are not right, but I can’t seem to find exactly what I want online and I happen to have these laying around, so they will have to do for now.) 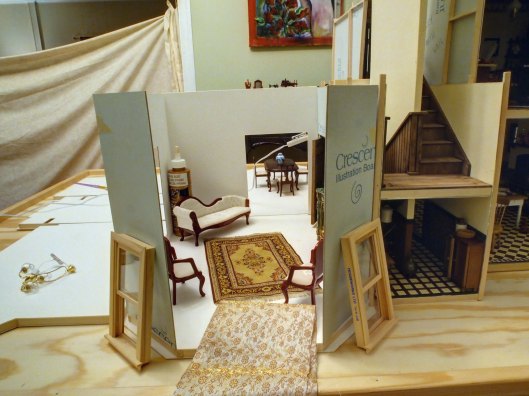 The peach and cream cloth in front will be used for the curtains for those windows propped up on the sides.

I started adding studs to the north walls, as well as cut out a hole for a window. 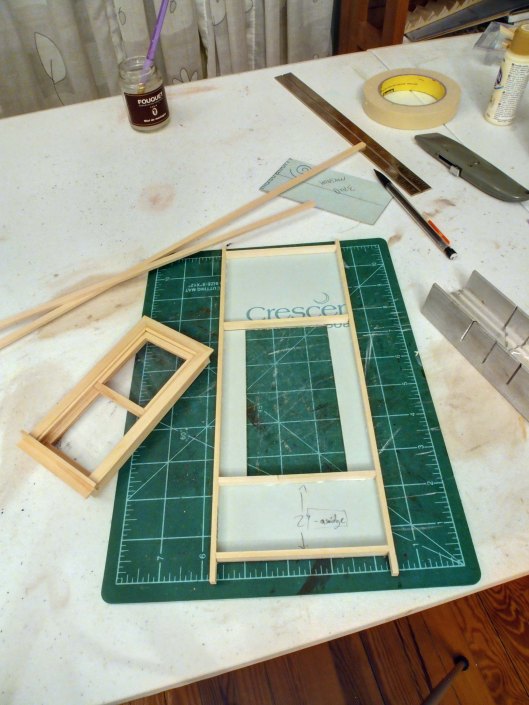 Placed those where they needed to be.

Did the same for the west wall, enlarging the archway which will lead to the dining room. 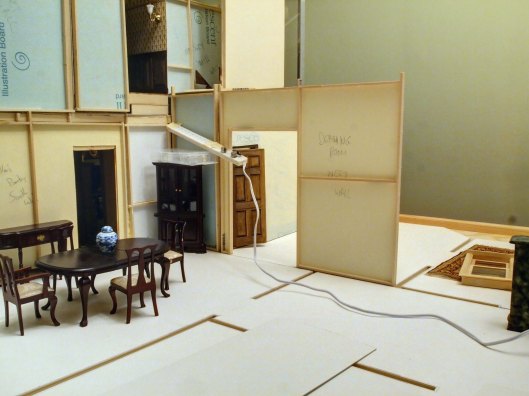 It’s late, so that’s all I’ll do tonight, but the south walls still need to be done, and then I need to start thinking of a design for the parquet floor. 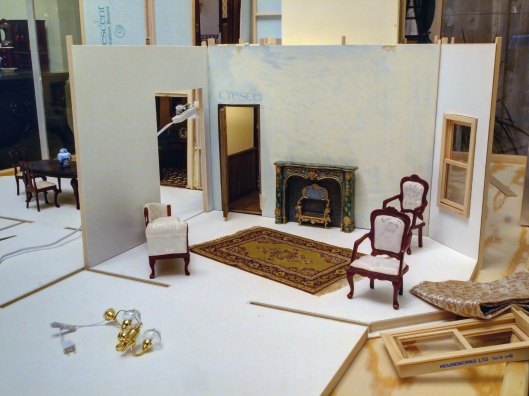