Started back on the nursery today…

Over the summer I had acquired a few more elements for it: a crib, a rocking horse, and a corner shelf.

And few more books and toys, including this jump rope some child threw over the foot of their bed: 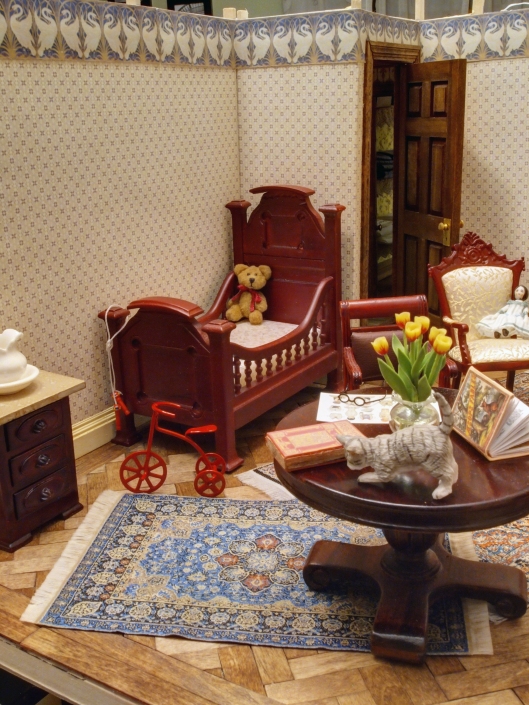 Not far to go before the room is complete.

First I finished gluing on the swan border: 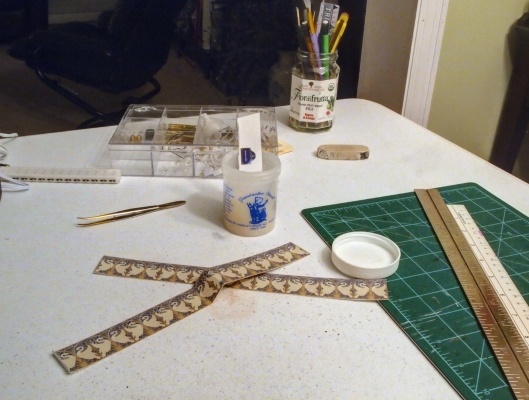 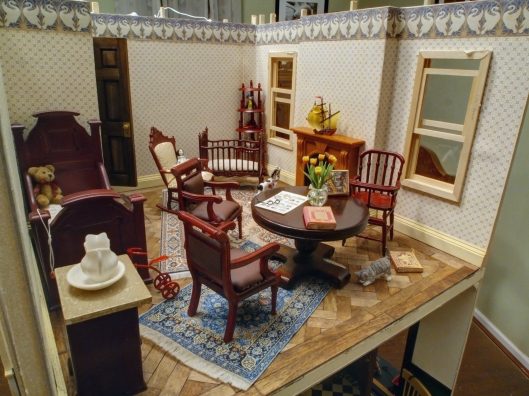 Next I trimmed the ceiling so it fit correctly.

I wanted to add a two-pronged chandelier and attach it through this ceiling medallion, so I needed to cut the middle of the medallion straight (it had a round bump in the middle) and file a hole through it for the wires. 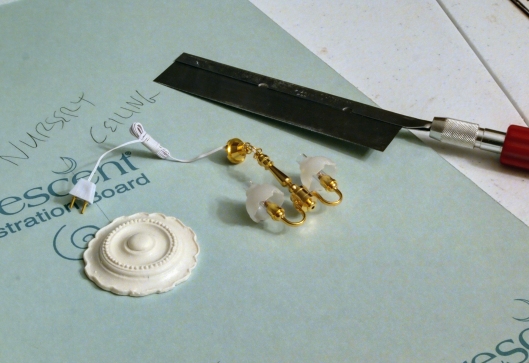 Painted the ‘metal’ parts of the chandelier with metallic paint, so it wouldn’t look so shiny and plastic. 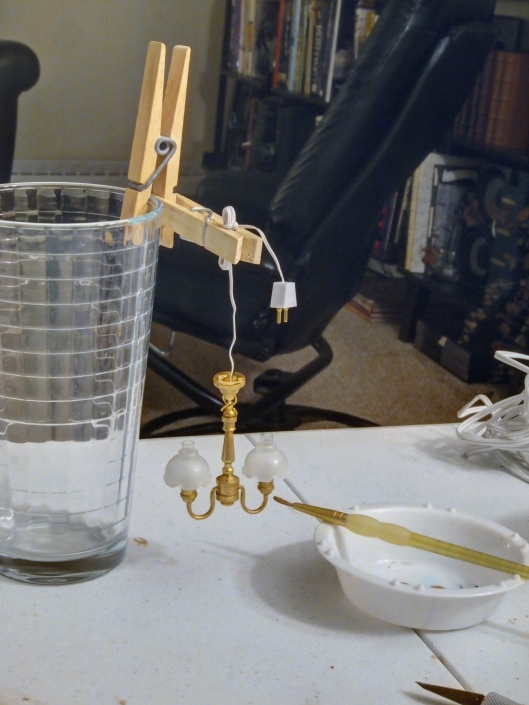 Gave the ceiling three coats of paint (after having painted walls and ceilings in a real-sized house this summer, this felt amazingly quick and simple!) and glued the medallion and lamp on: 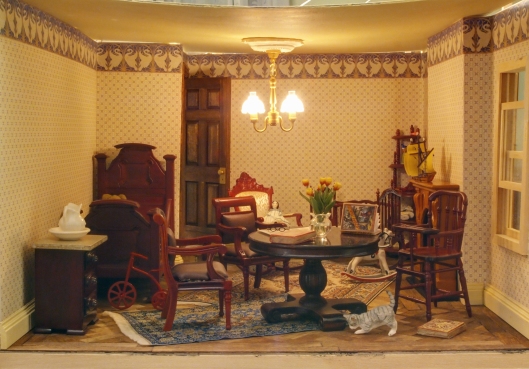 Tomorrow I’ll glue the ceiling on and work on the windows, but for now…good night.